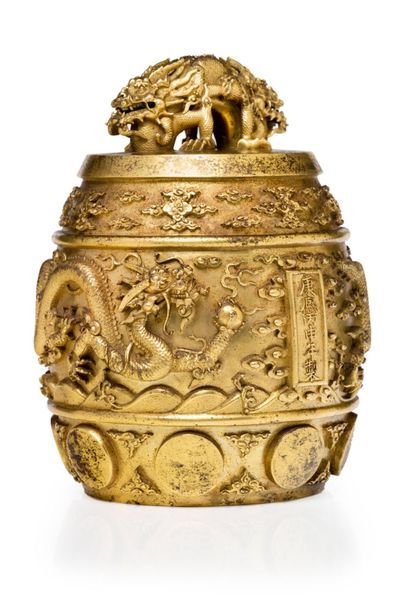 A highlight of the delicated Asian sale at Tessier & Sarrou on December 16 was an example of a bronze ritual bell or bianzhong from the Qing dynasty bearing an inscription with a date corresponding to 1716.

Such bells are created as part of a carillon of 16.
Another piece with a desirable old provenance, the bell was brought back to France by Rbert de Semallé (1849-1936). He had been sent to China to pacify the political tensions between France and China generated by the 'Tonkin Affair' and worked at the Beijing embassy from 1880-84.
The bell had been kept in this family ever since his return to France in 1884. Estimated at € 200,000 / 300,000, the bell ended up selling for € 665,600.
This sale included another rare piece of early lacquerware : a 7 1/2in (17cm) diameter circular Yuan/early Ming dynasty tray carved in the form of a lotus flowerhead with the artist Zhang Cheng's scratch mark te the reserve.
This was bid to € 384,000 double the upper estimate.