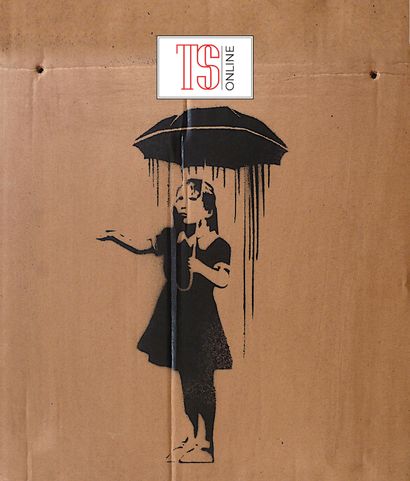 During this auction, 478 lots from the "Didier Simon" Collection, initiated some twenty years ago, will be dispersed.

Drawings and paintings on paper, canvas or wood panel, on magazines or recycled newspapers, but also some heterogeneous sculptures: personal and expressive works whose prices vary between 20 and 1500 euros.

Born in Paris in 1948, after studying at the ENSBA Paris and the UER scénographie de Censier, Jean-Paul Muslin's career embraced the plastic arts and the performing arts (multiple exhibitions and television, theater, notably Théâtre de l'œuvre, TNC with Jérôme Savary).

Born in the poor district of Liberty City in Miami. In the early 1960s, he spent three years in prison for armed robbery. It is there that he begins to draw with passion and to document himself on art. After his release, he continued to produce thousands of drawings, which he accumulated in shopping carts or glued in old magazines and found books. He uses pieces of wood, bottles, anything he can get his hands on as a support. He represents buildings, animals (especially horses), boats, people in the street, or angels' faces. He sometimes adds a poetic message to his paintings. Despite some success, he continued to live in poverty, blending into the "landscape" of the empty streets of Overtown. His art - as well as his technique - is difficult to classify: calligraphy, collage, graffiti.

Born in the mountains of Pennsylvania, drawing a world of imaginary characters from an early age. Fascinated by comic books, movies and videos as well as toys, he opened his own "Strange Monster" store at the age of 20 and sold everything he liked. It was also a way for him to sell his own creations and test them with his customers. At the age of 22 he made himself known through art galleries and the Internet. A lot of work, but the first results are there; invited in shows and galleries in the United States and abroad, Gus Fink makes a name for himself in the outsider art market.

Born in 1956, he grew up in the seaside town of Mar del Plata in Argentina. He studied graphic design in an art school where he met the artist Julia Sisi. The classical education seems too reductive to the two young artists, who together abandon their studies in search of their own artistic language, detached from any aesthetic or theoretical influence. They devote themselves to painting in an instinctive and self-taught way. In 1981, fleeing the dictatorial military regime of their country, they settled in Barcelona where they became second-hand dealers for several years. Dan recycles scraps of wood from restored furniture to make sculptures. He is passionate about the recovery of objects and experiments with different techniques.

For Dan, creating is a way to "rebuild the world". The recycling of newspaper takes on an artistic and ecological significance. By giving a second life to discarded materials and transforming them into works of art, Dan questions man's view of matter.

Born in 1966 in Omaha, Nebraska. At the age of 8, a plane accident changed the course of his life. He lost an arm, fortunately regrafted by the doctors but will remain amputated of his right hand. He will however participate in the Olympic Games with a disability for the United States team. In 1985 he obtained a scholarship and in 1988 he obtained a degree in computer science. It was at this time that he began to draw on his own. In 1993, he began to paint more and more at weekends and in the evenings. His work was inspired by his childhood trauma. In 1995 Matt SESOW continues to paint and sells 14 paintings in one afternoon in the streets of Georgetown.

Born in Montpellier in 1970, lives and works in VANNES (Morbihan) His painting is naive, expressive and colorful. It puts in situation symbols, masks and faces what inscribes its work in a new and modern world, free figuration and graffitis, and its works participate in the conception of environments of life, in the contemporary design, where reign the color

His works are in the public collections of the Musée Art Naïf et arts singuliers de LAVAL. Museum of spontaneous and naive arts, Brussels. Friends of the Fabre Museum, Montpellier. Art library of the museum of Brest. Art library of Hennebont.