A history of perspectives

The art critic Frank Elgar assembled a collection based on his encounters and impulses. A glance at a few pieces from this rich collection, seen through a magnifying glass.
The 19th century was drawing to a close when Roger Lesbats, later known by the pseudonym Frank Elgar, was born on 20 July 1899. He took little interest in that century, concentrating on the artistic creation of the twentieth: a rich, diverse era he relished through his pen. His career as a journalist began in Nantes – and once he had started writing, he never stopped… On June 21, 1978, Le Monde devoted an article to him on his death, saying that this "likeable but grouchy man" (...) defended "with an accomplished, sensitive pen progressive artists of the time like Tal Coat, Pignon, Poliakoff and Music," which did not prevent him "from engaging in tremendous polemics against what he considered anarchy in painting."  Imbued with a strong humanist culture, Elgar also published books on Picasso, Van Gogh, Braque, Miró and Léger with Hazan. This shared history with the art of a fascinating era is now coming up for auction. 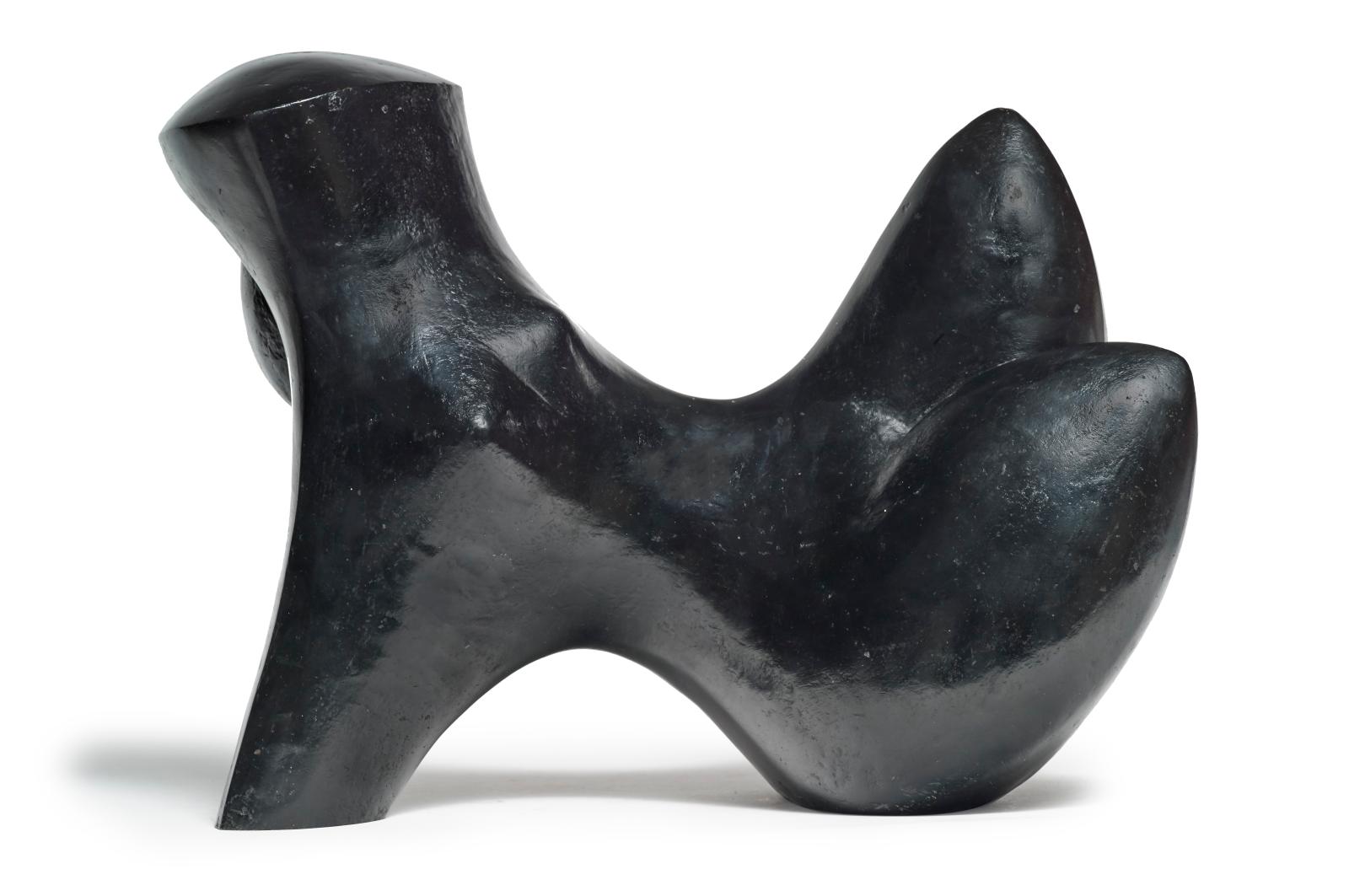 Baltasar Lobo (1910-1993), Jeune femme (Young Woman) ou Contemplation, 1956
Bronze with black patina, Susse foundry stamp, no. 2/6, 38 x 35 x 15 cm.
Estimate: €12,000/18,000
A primitive of modern times
He had a very special friendship with Fernand Léger. In 1949, while he was immersed in his exploration of stylisation, the painter executed a Portrait of Marguerite Lesbats (Portrait de Marguerite Lesbats) in oil on canvas, which he dedicated and gave to him. The lady's face is drawn with a black brushstroke against a background of coloured bands (€200,000/300,000). If Léger's style is obvious in this work, it is equally evident in the Still Life with Three Fruits (Nature morte aux trois fruits) of 1939, and can be compared with the Composition with a Green Plant (Composition à la plante verte) and the Composition with two alarm clocks (Composition aux deux réveils), which are expected to fetch between €600,000 and €800,000. A letter from Nadia Léger in 1956 touchingly describes the relationship between the two men (€200/300). The painter's widow, moved by Elgar's article on Léger in the Carrefour review, wrote to him: "Your article had the power to bring our wonderful Fernand back to life for me, and it gave me enormous pleasure." 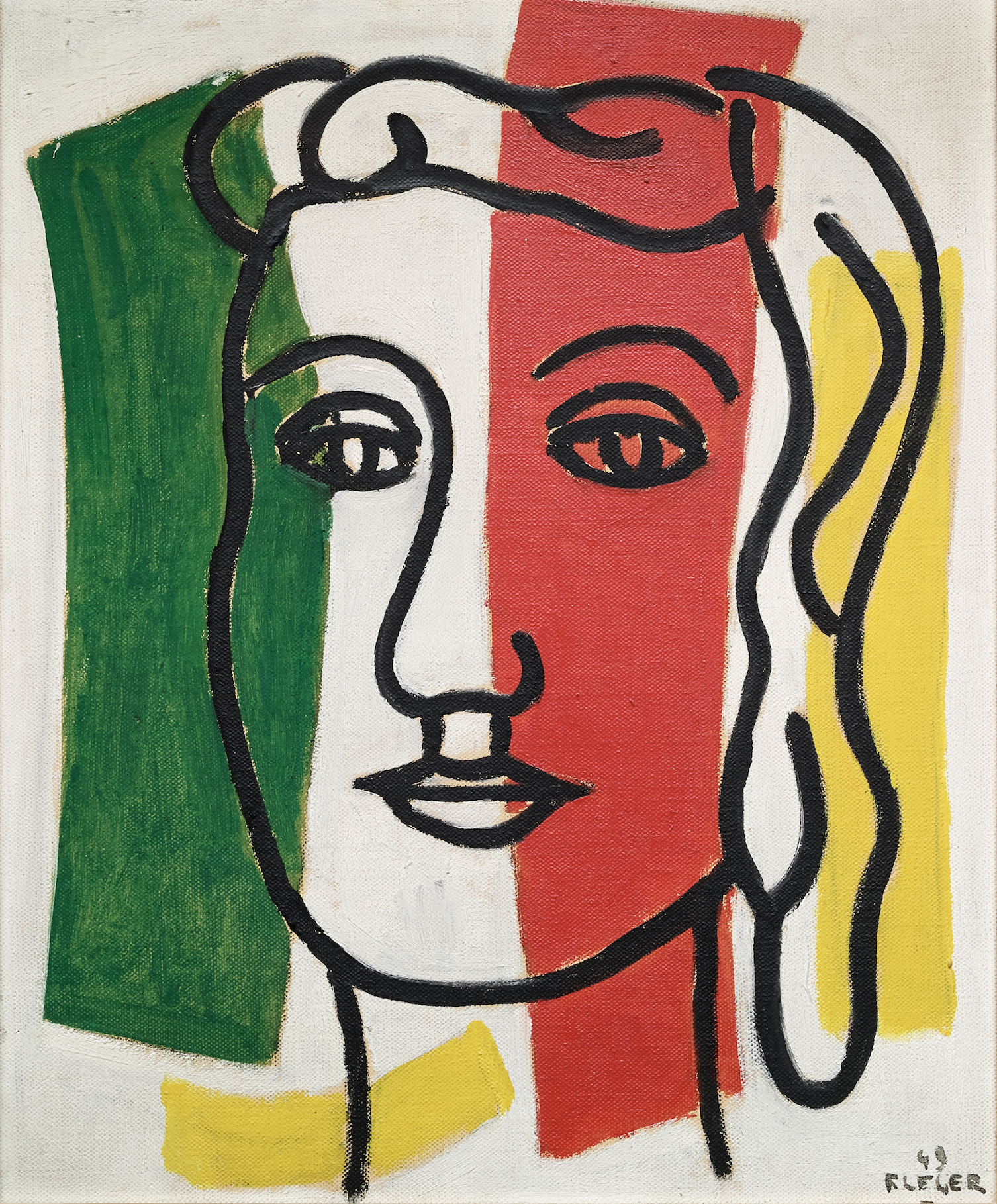 The critic's "little guys"
Great masters and lesser names rubbed shoulders in the writings of Frank Elgar, who experienced abstract painting as one listens to music, seeking to tap into profound emotions. This sale will make it possible to rediscover the work of some of them. A palpitating bronze woman by Baltasar Lobo (1910-1993) certainly catches the eye. A member of the FIJL (Libertarian Youth) and close to Spain's avant-garde artists, the artist was a Republican from the outset. In 1939, fleeing Franco's regime, he was interned in the Argelès camp, from which he escaped and made his way to Paris, equipped with a recommendation from Picasso. In the capital, he met Miró and Henri Laurens, who helped him get his papers in order. He quickly became known beyond the militant circle, with a style influenced by primitive archaic sculpture and Cubism, which he had thoroughly absorbed. His figuration was extremely simplified, as expressed in the curves of this Young Woman (Jeune femme) or Contemplation (€12,000/18,000). Small wonder that the critic was enchanted by them. 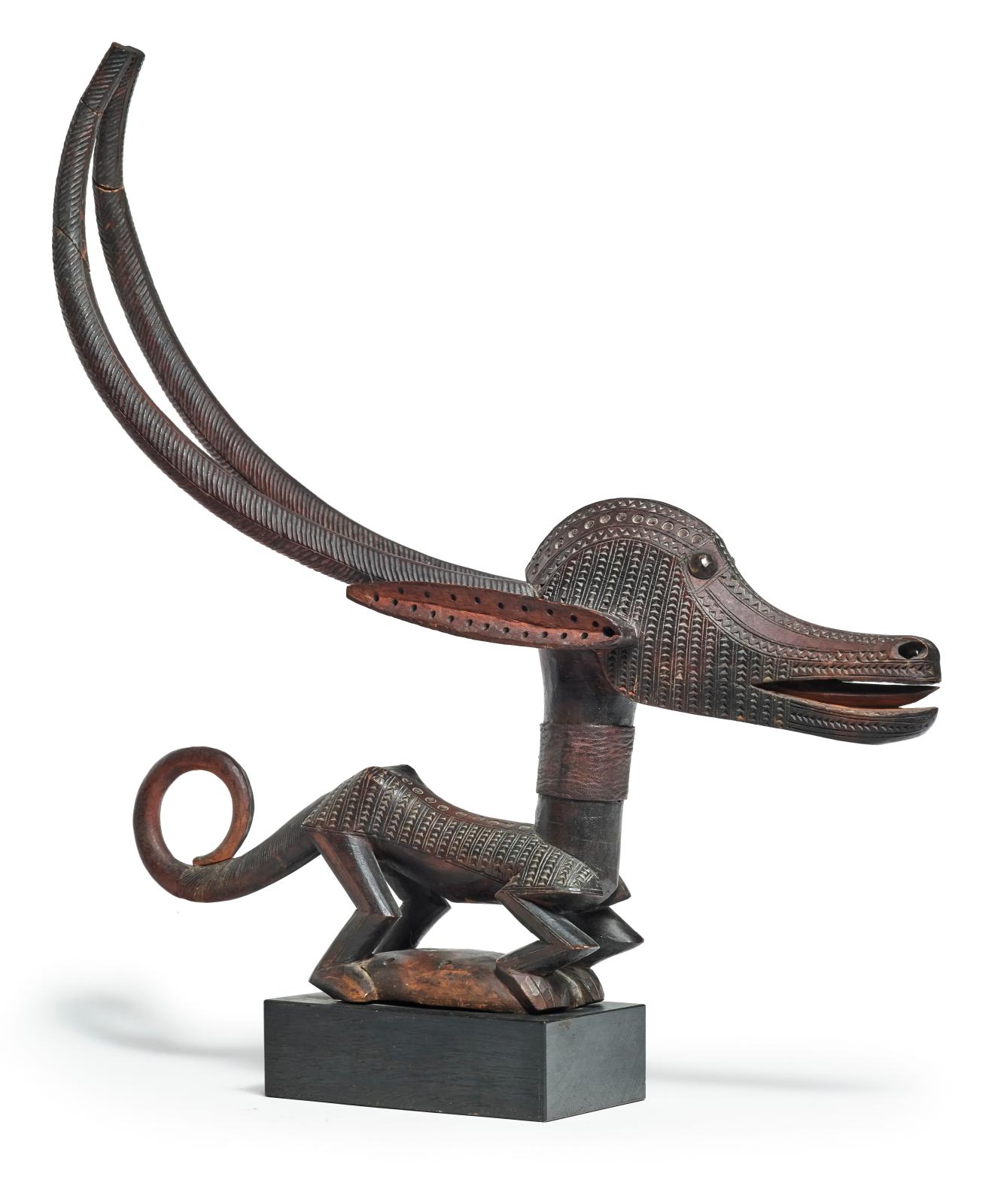 Elgar's manifestos
Fascinated by his profession, the arts, other people and literature, Frank Elgar was a relentless worker who also wrote a number of books: all reference works. His Picasso. A study of his work (Étude de l'œuvre de Pablo Picasso) was published by Hazan in 1955. In gratitude for this reflective piece of writing, the master sketched the critic with a magnifying glass in his hand. And on the first page it says: "This copy was printed especially for Frank Elgar." This unique piece has an estimate of €6,000/8,000. In a special edition of the Resurrection of the Bird (Résurrection de l'oiseau) (Maeght, 1958), where his text accompanies the lithographs of Georges Braque, a watercolour signed by the artist is included (€3,000/5,000) as well as an envoi: "For Frank Elgar, this bird as the carrier of my compliments." Other books have dedications by Paul Eluard and René Char. A whole era thus rolls out before us, also taking shape in greetings cards and personal correspondence. Elgar's insatiable open-mindedness bordered on universality. The last and not the least of his passions was inspired by archaeological, primitive cultures. A Bambara antelope used to keep watch behind his desk, under Fernand Léger's still life. Perhaps, through his objects from elsewhere, he sought to understand what 20thcentury artists had discovered... 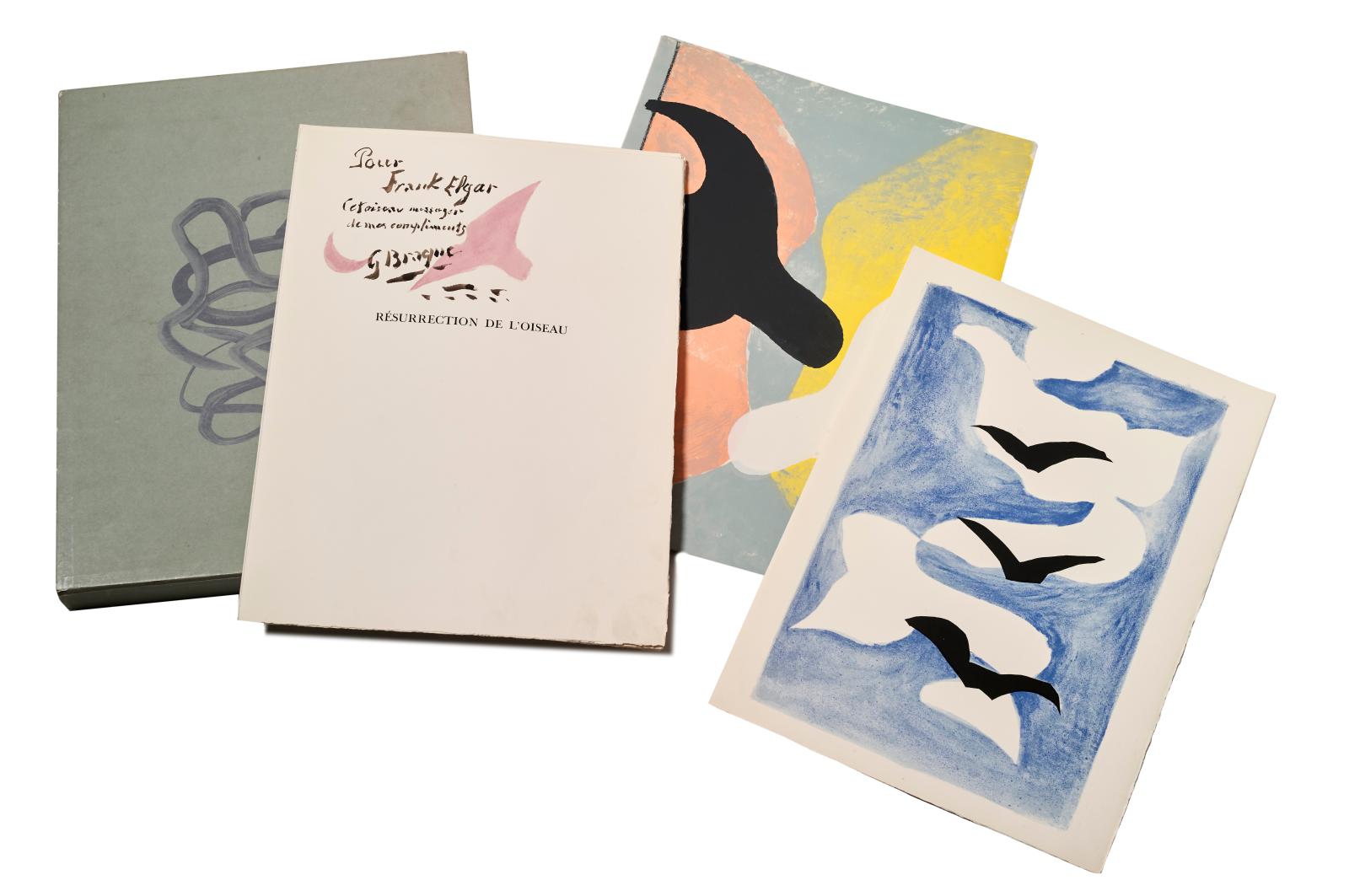