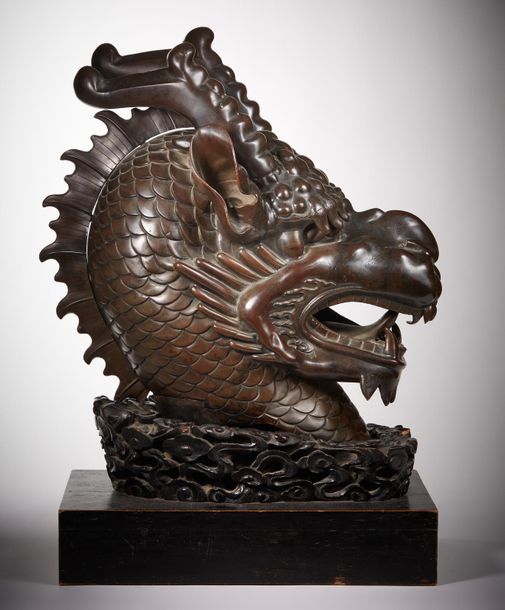 Has Another Old Summer Palace Zodiac Fountain Head Been Found ?

HAS ANOTHER OLD SUMMER PALACE ZODIAC FOUNTAIN HEAD BEEN FOUND ?

PARIS – A bronze dragon head, one of the six missing heads from Beijing’s Old Summer Palace “Zodiac Clock” fountain, is speculated to have been sold December 17 at auction house Tessier & Sarrou et Associés for $3.4 million. It measures 18 inches high.

The lot was consigned by the family of Nineteenth Century French diplomat Comte Marie-Joseph-Claude-Edouard-Robert de Semallé, secretary of the embassy in Beijing, 1880-1884.

Designed by Giuseppe Castiglione (1688-1766) for the Qianlong emperor, the heads have become a point of cultural pride in recent years, following the 2009 Christie’s sale for the property of Yves Saint Laurent, which included a rat and rabbit head. In that sale, the two heads were bid to 31.4 million euros (about $40 million) by Cai Mingchao, a Chinese businessman and art dealer, who then announced that he would not pay for them and instead demanded they be voluntarily returned to China. The heads were then bought by the owners of Christie’s, the Pinault family, who returned them to China in 2013 shortly before the auction house was granted permission to operate in the country.

The fountain was looted as part of the 1860 destruction of the Old Summer Palace by Anglo-French forces in the Second Opium War. The heads and their loss have come to symbolize China’s century of humiliation.

While the auction house was aware of the rumors surrounding the work, they believed it to be from the Qing period.
The buyer has not yet been identified.