Hunters of Tsuba sword guards (many and determined, as we know) should not miss this magnificent group of 170 pieces from a private collection being auctioned at a sale dedicated to Japanese weaponry (which also includes Inro and ivory pieces, netsuke and lacquers).
Each Tsuba is estimated at €2,000/3,000 on average, like this 8.7 cm Nadegaku gata (a name evoking its oval shape) made by Hagiya Katsuhira in 1846. Its inlaid copper and gilt copper decoration depicts an emperor watching four primitive figures leaving their imprints on a scroll, and on the other side a man hiding beneath a pine tree. Its brown colour comes from its copper/tin alloy, or sentoku (others are in plain iron), and it dates from the Edo period, like most of its counterparts in the sale. When the shoguns came to power, Tsuba (designed to protect the hand from the cutting edge of the katana blade) began to be more decorative. An outward sign of wealth, their ornamentation played on the different colours of the various alloys used. In this sale, it varies from simple and elegant stylised plant motifs, treated in relief, to elaborate scenes involving dragons emerging from black water and/or figures playing kubi-hiki (a tug-of-war with a rope placed behind the opponents' necks). An indispensable component in the panoply of the Daimyos, the warlords of the feudal period in Japan, to which the Musée Guimet is devoting a large-scale exhibition opening in Paris on 15 February. 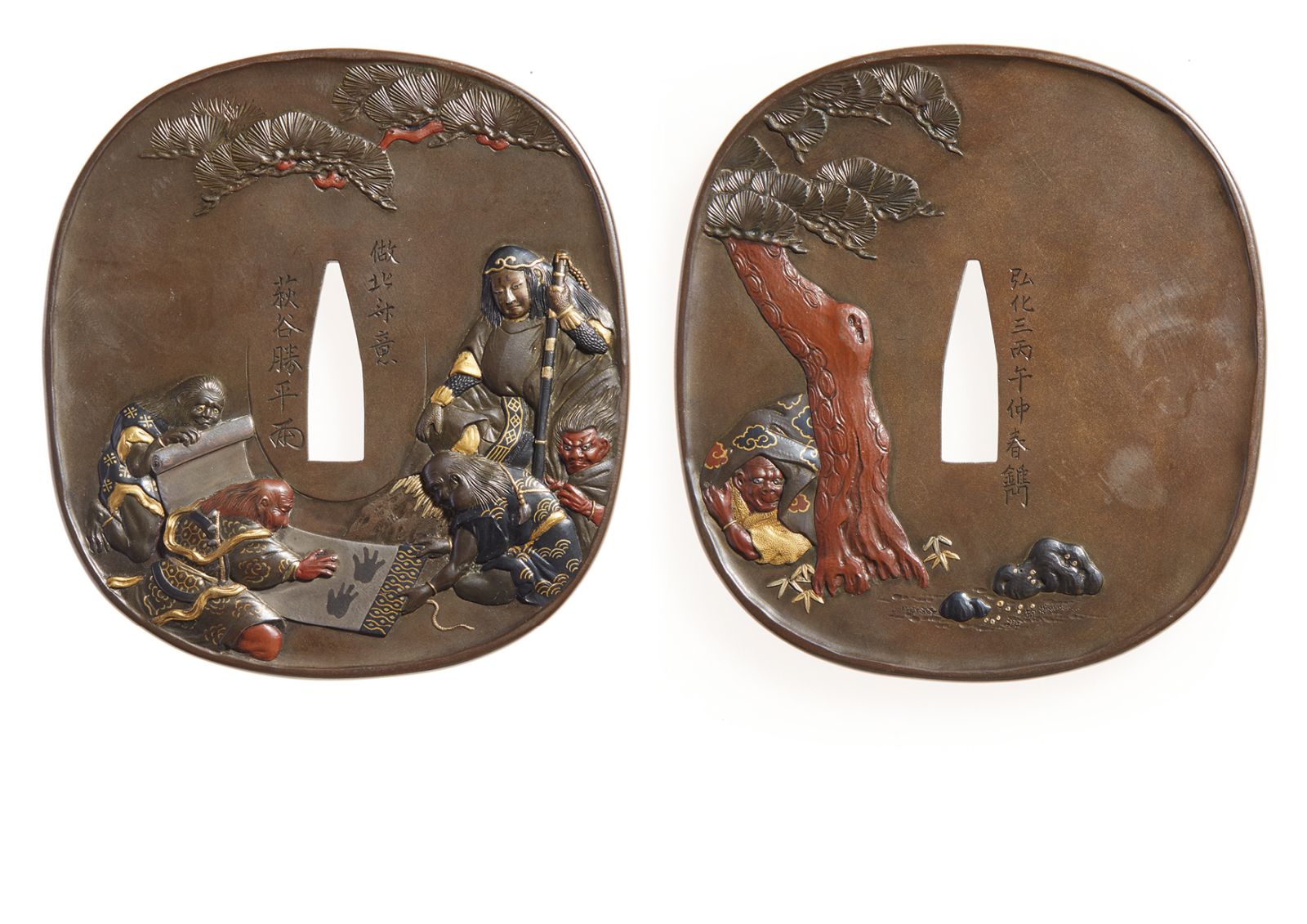